Where to See the World's Most Endangered Animals

It is estimated that the current rate of extinction is approximately 1000 times faster than the natural rate. This a huge increase and one which is almost entirely caused by humans. As our species become extinct, our biodiversity is reduced. According to WWF biodiversity has declined by a quarter in the last 35 years.

Below is a list of five animals which have all been pushed to the brink of extinction and now all only survive as a single viable population occupying just a fraction of their historic range. DTI has teamed up with Jeremy Guy Haring to illustrate these amazing species. These animals visually represent just how widespread and severe extinction is becoming. Biodiversity is essential to maintaining the health of the planet and therefore has a direct impact on our survival as a species.

However, it is not too late. Conservation efforts are finding solutions to effectively save species from extinction. One of these conservation techniques which can involve you is ecotourism. Ecotourism is a way for you to see, appreciate and learn about these rare animals in their natural habitat whilst at the same time providing investment for local conservation efforts to help protect the areas they live and save them from extinction. 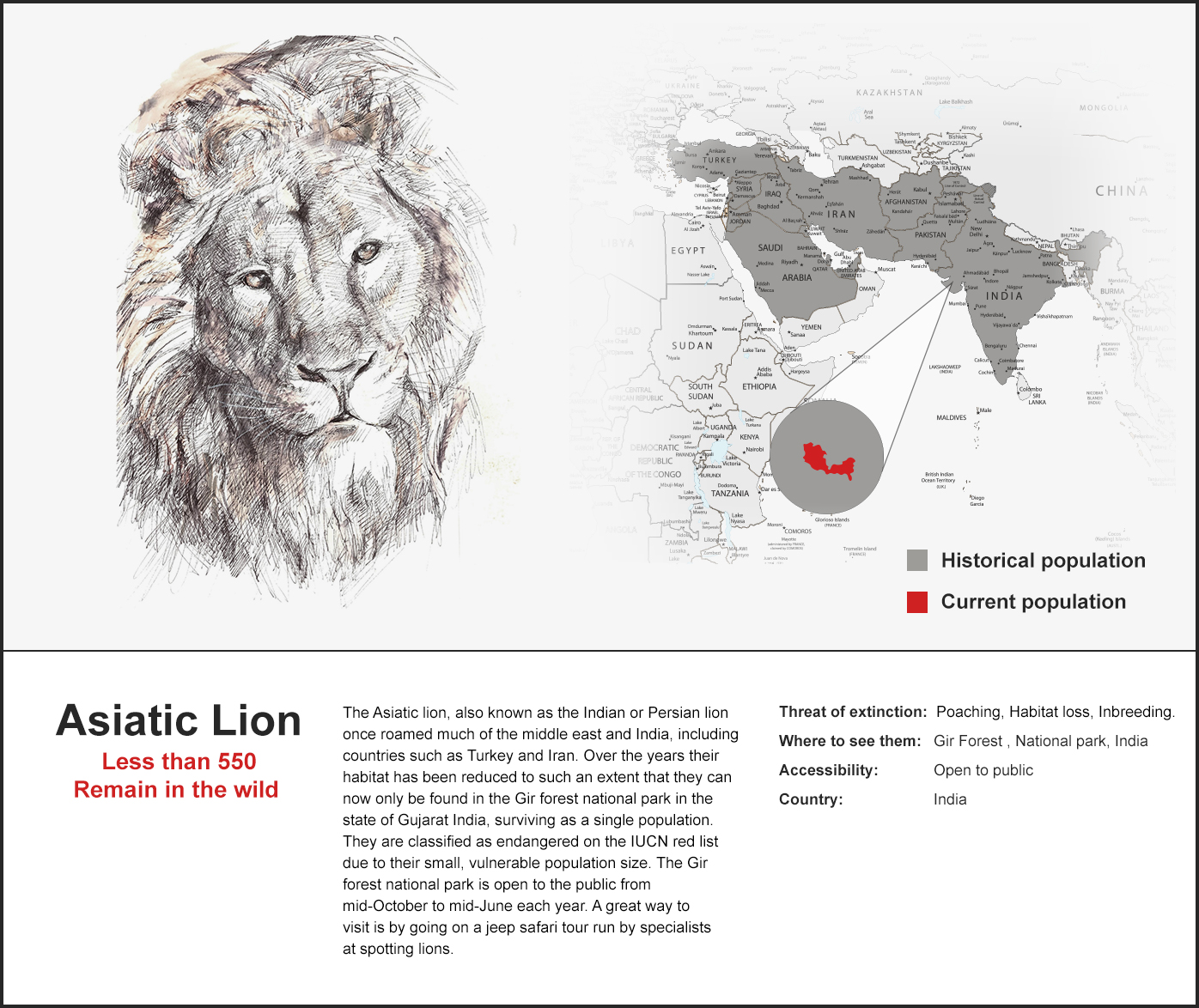 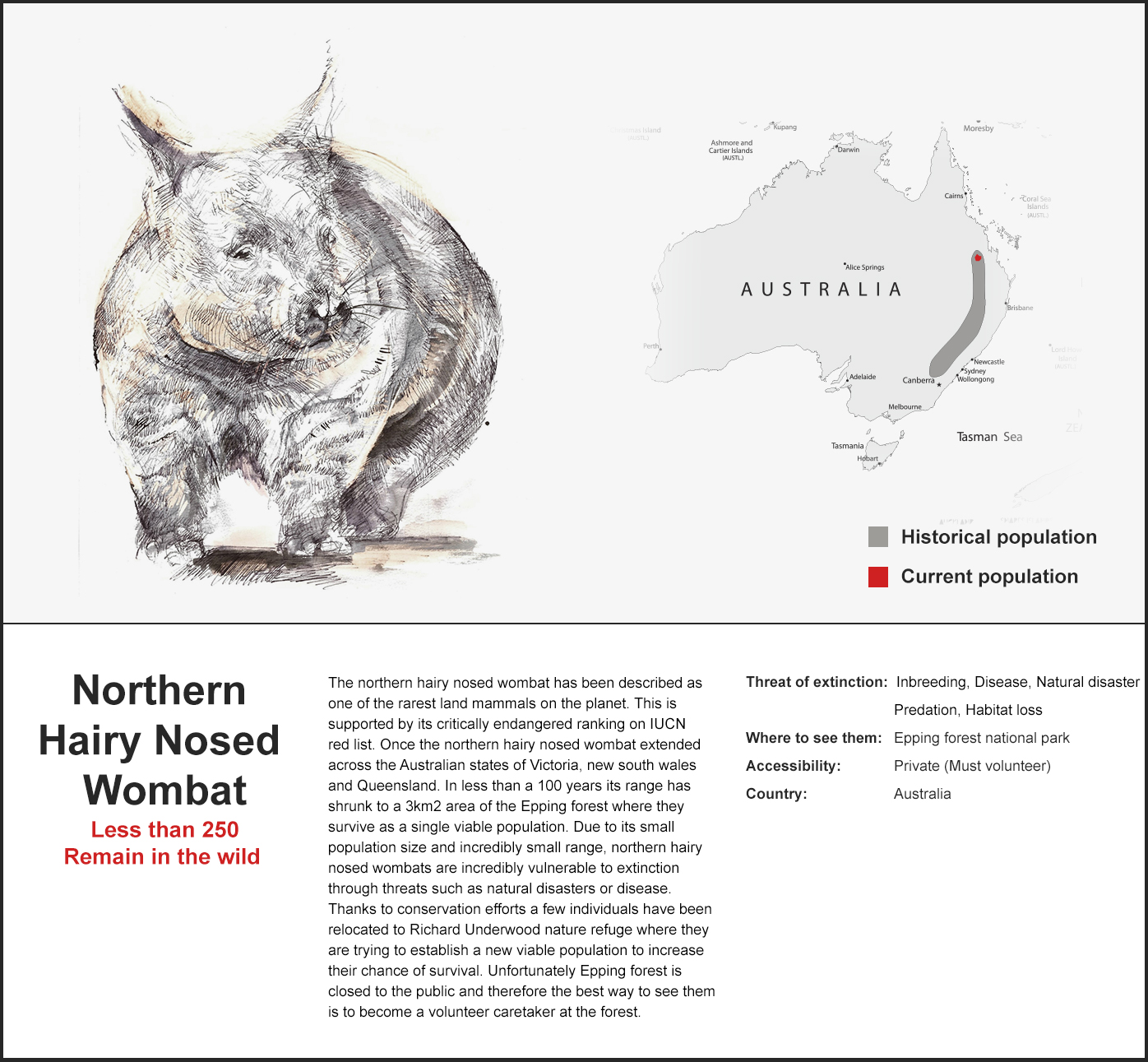 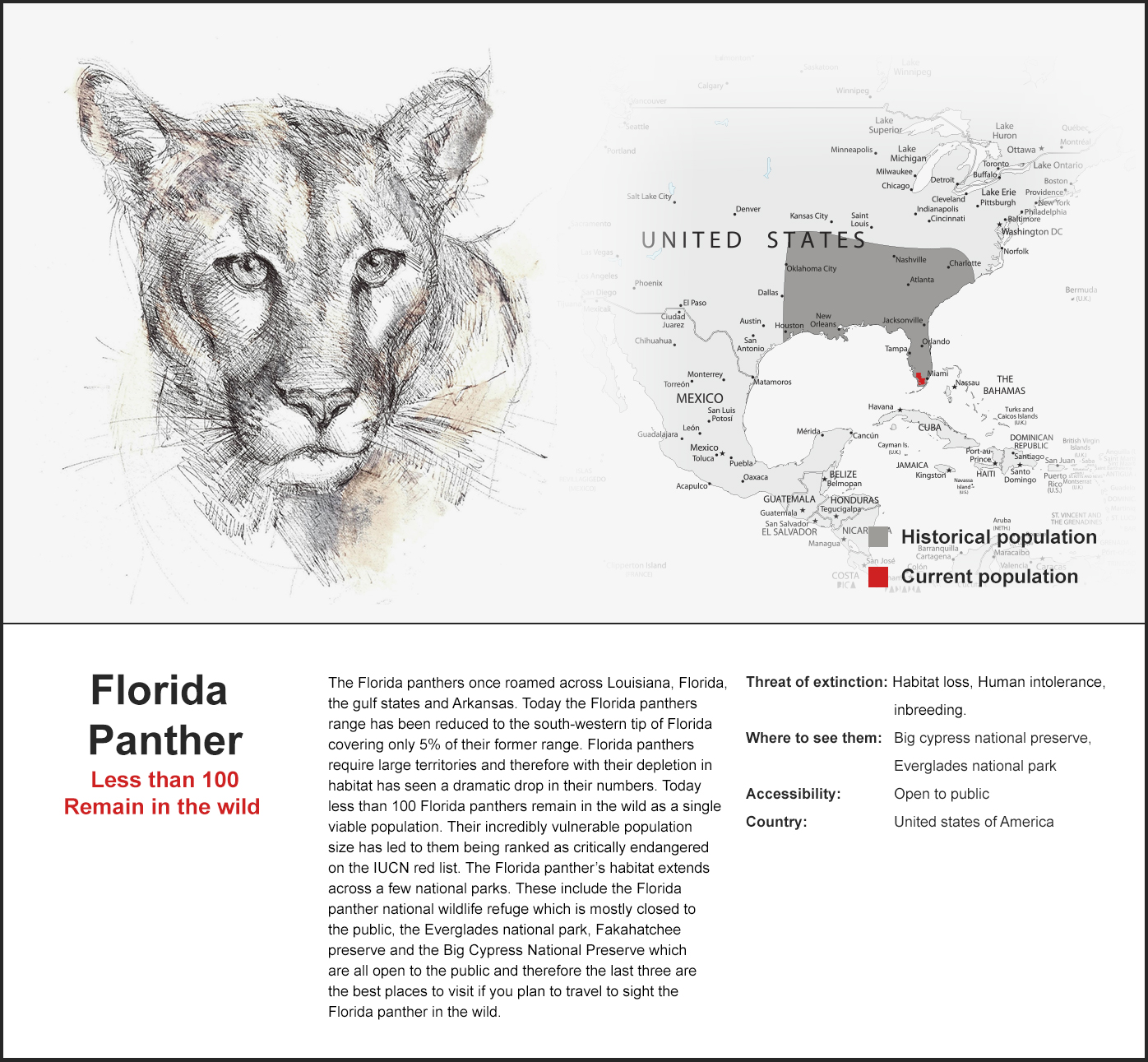 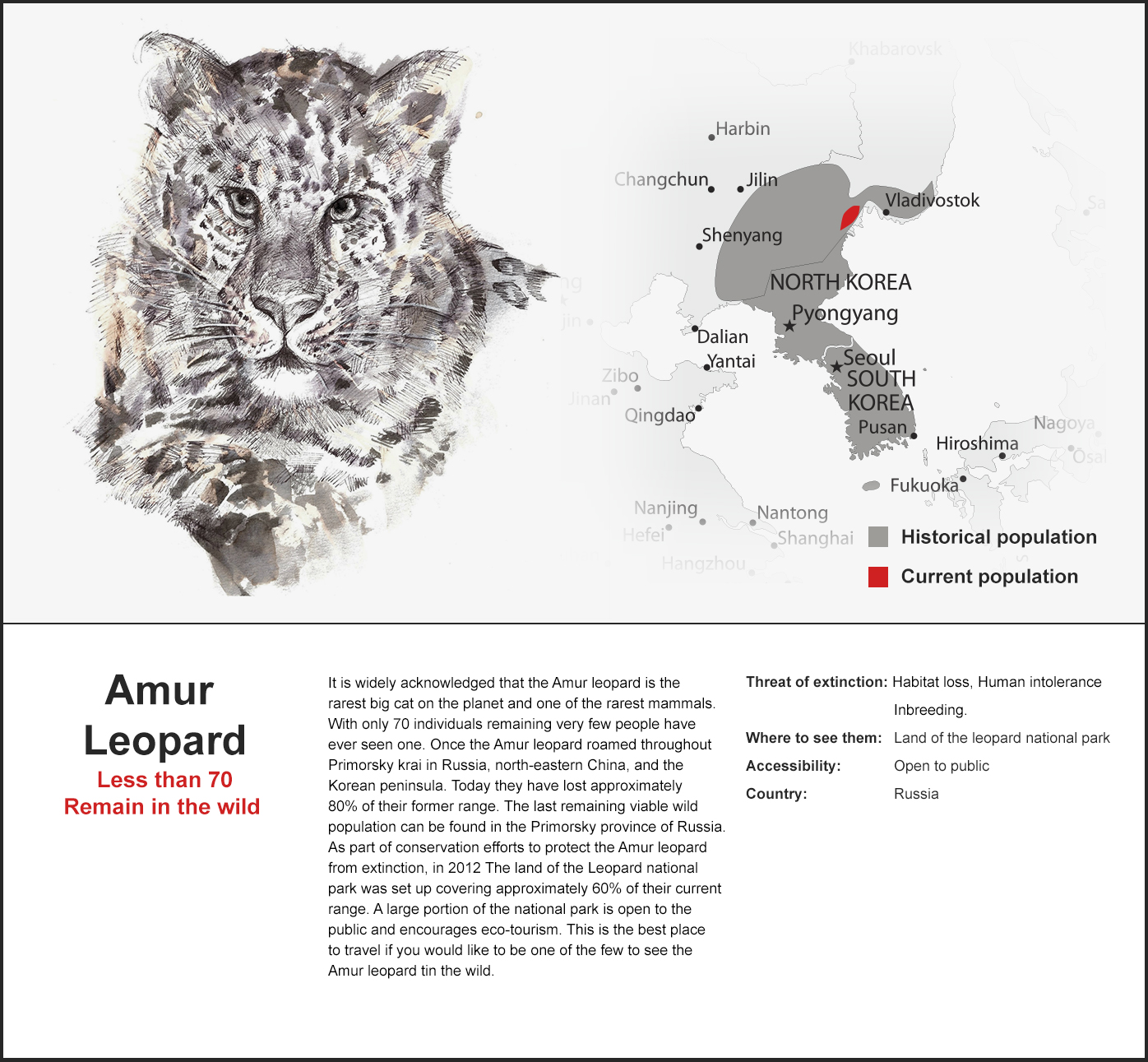 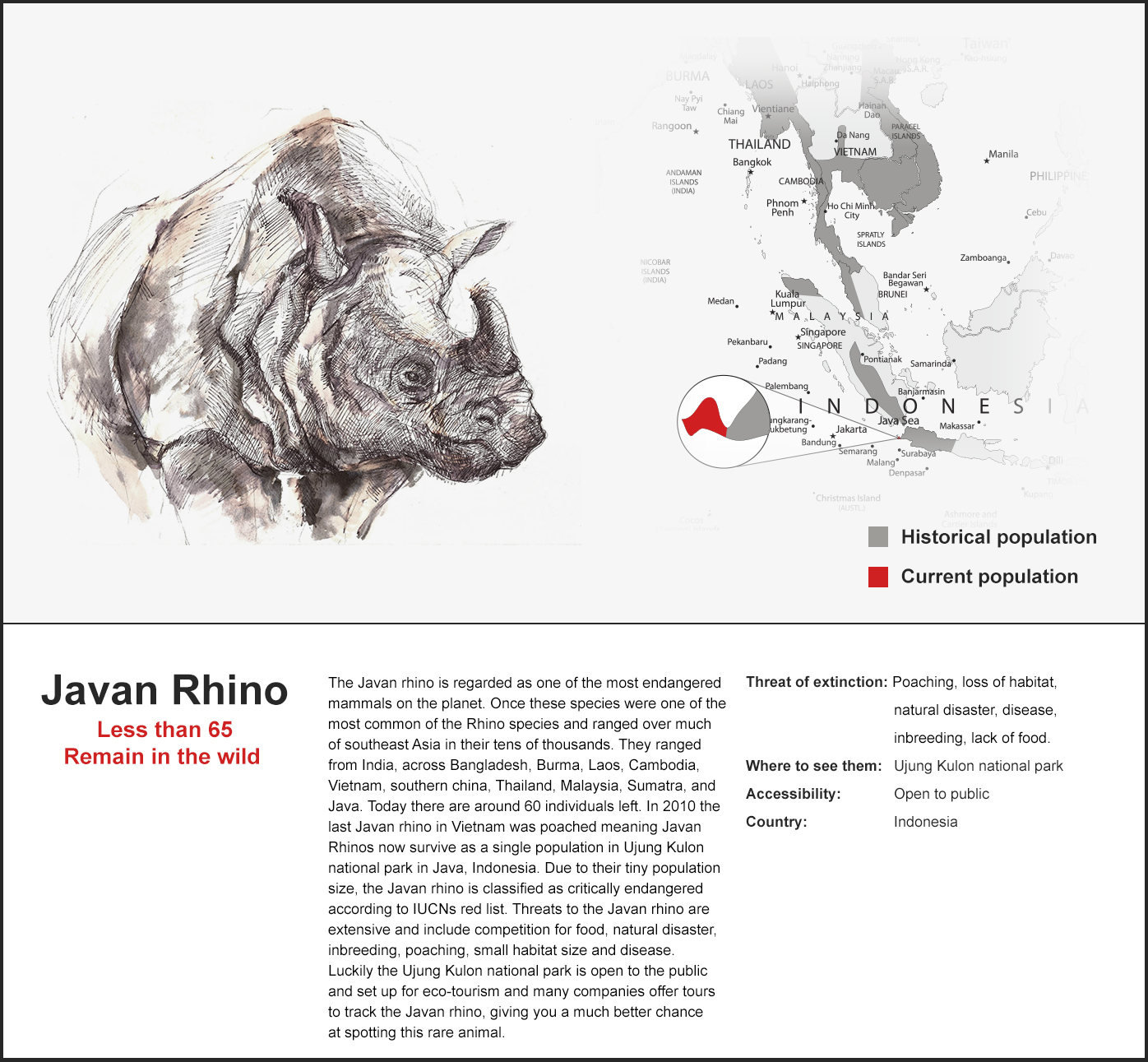 Copy this code to put this infographic on your website