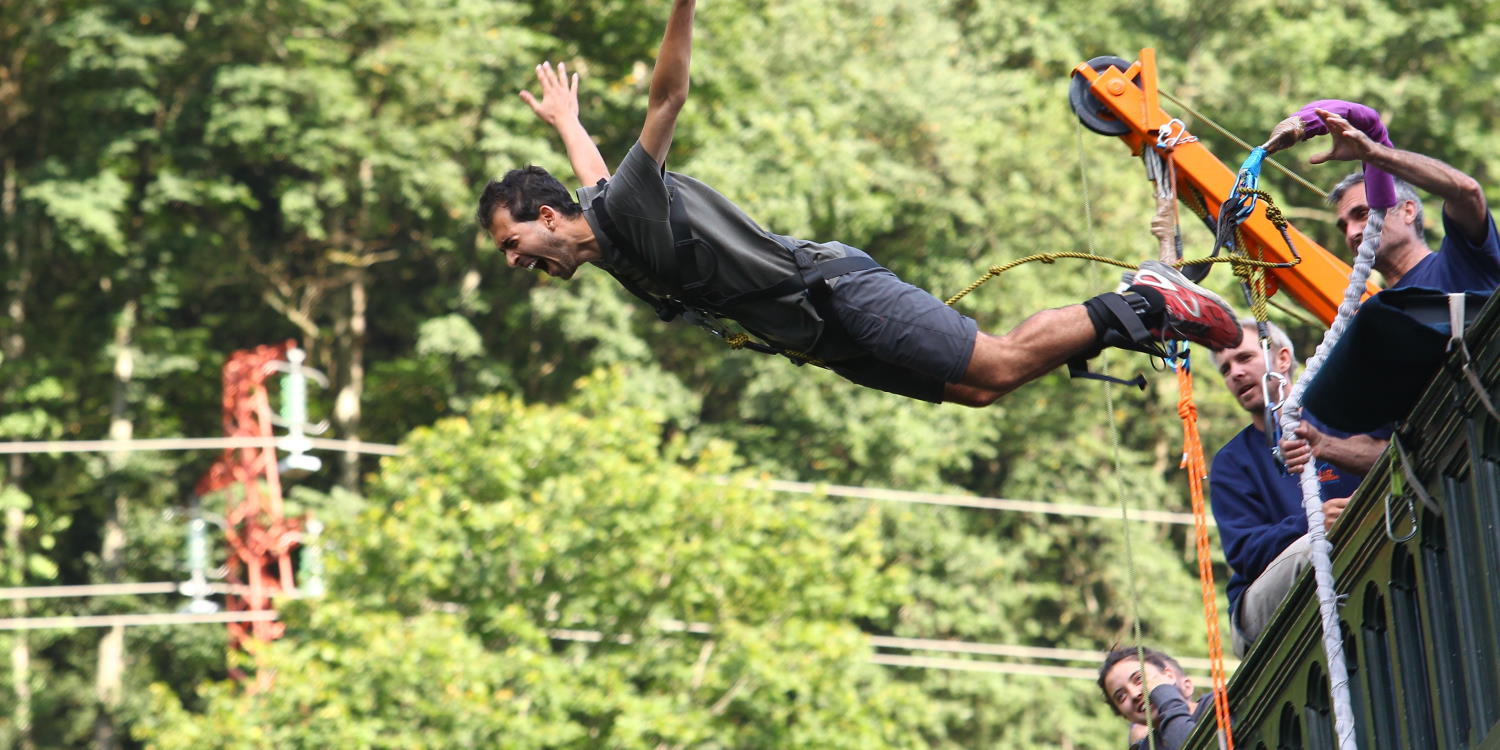 Bungee-jumping involves leaping head-first from a great height with a large elastic cord attached to the participant’s feet. A launching pad is built atop a tall structure, be that a building, crane, bridge, or cliff, and there is also the option to jump from an aircraft or hot air balloon. Adrenaline junkies will love the thrill as they free-fall and rebound until the kinetic energy is lost from the bungee cord.

The sport became popular in 1979 after David Kirke jumped from Bristol’s Clifton Suspension Bridge. Although Kirke and his friends were arrested shortly after the illegal jump, the sport became wildly popular and is now acknowledged as one of the most popular extreme sports, enjoyed by millions of thrillseekers worldwide.

Did you know, the world’s oldest bungee jumper was 93 years old. Margit Tall jumped from a crane in Finland at a height of 492ft in 2014.

Who goes bungee-jumping on holiday?

Bungee-jumping is suitable for most ages and abilities, including complete beginners. There are plenty of resources available to research your jump before you travel, from safety equipment to destination, and no qualifications are required. Age restrictions vary geographically, so please ensure that the participants are old enough to take part in the country of choice.

It is advised that if you suffer from any of the following conditions, you should seek medical advice before deciding to perform a bungee jump:

You would also not be permitted to take part if you are pregnant, or intoxicated.

Where do people go on bungee-jumping holidays?

Bungee-jumping is available all over the world, from South America to Switzerland, California to China.

A popular destination remains the Kawarau Bridge in Queenstown, New Zealand which became the first commercial bungee jumping site in 1988. This 43m jump is a great place for beginners to find their wings, as one of the smaller sites available. From the platform you are able to see the beauty of surrounding Queenstown and the blue waters beneath - get ready to hold your breath as your head is slightly dipped in the water!

At the other end of the spectrum we have the Verzasca Dam, Switzerland, towering tall at a whopping 220m, this is the second highest bungee platform in the world. Familiar to 007 fans, this jump is often called the GoldenEye Jump after the 1995 Bond movie, and to this day participants still flock to the Dam to recreate this intense stunt. All you need to bring with you is courage.