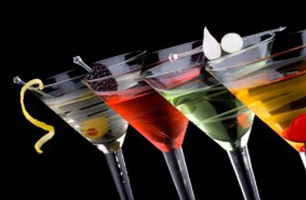 Everyone has their own way of dealing with the boredom of long flights, with many people choosing to get into the holiday spirit with a tipple or two while in transit. Depending on which airline you're flying with and whether you happen to be in economy, business or first class, these may be complimentary or you might have to pay for them - but either way, it's important to make sure you know which alcoholic drinks taste the best at 30,000 feet.

At least, that's according to Professor Barry Smith, founder of the Centre for the Study of the Senses at the University of London, who claims that travelling at high altitude with a significant amount of background noise can in fact dull a person's sense of taste, meaning certain drinks may be less satisfying than other when on planes.

Writing in the journal Flavour, he claims that the number one cocktail to choose during a flight is a Bloody May, as the ingredients in the drink are largely unaffected by the altitude.

Tomatoes, for example contain a high concentration of a certain flavour enhancer called umami, which ensures that the taste does not becomes lessened in the presence of certain background conditions.

In contrast, passengers may discover that many other in-flight cocktails might not be quite as flavoursome as they normally are on the ground, as the environment on an aircraft can have a significant impact on our ability to perceive certain tastes.

Those that contain large amounts of sugar, for example, are often much duller at altitude, as our ability to pick up sweet tastes is reduced when there is a lot of background noise, with the same being true of our capacity to detect salt.

So, if you're unsure of what in-flight beverage to plump for, the Bloody Mary could well be the perfect option.