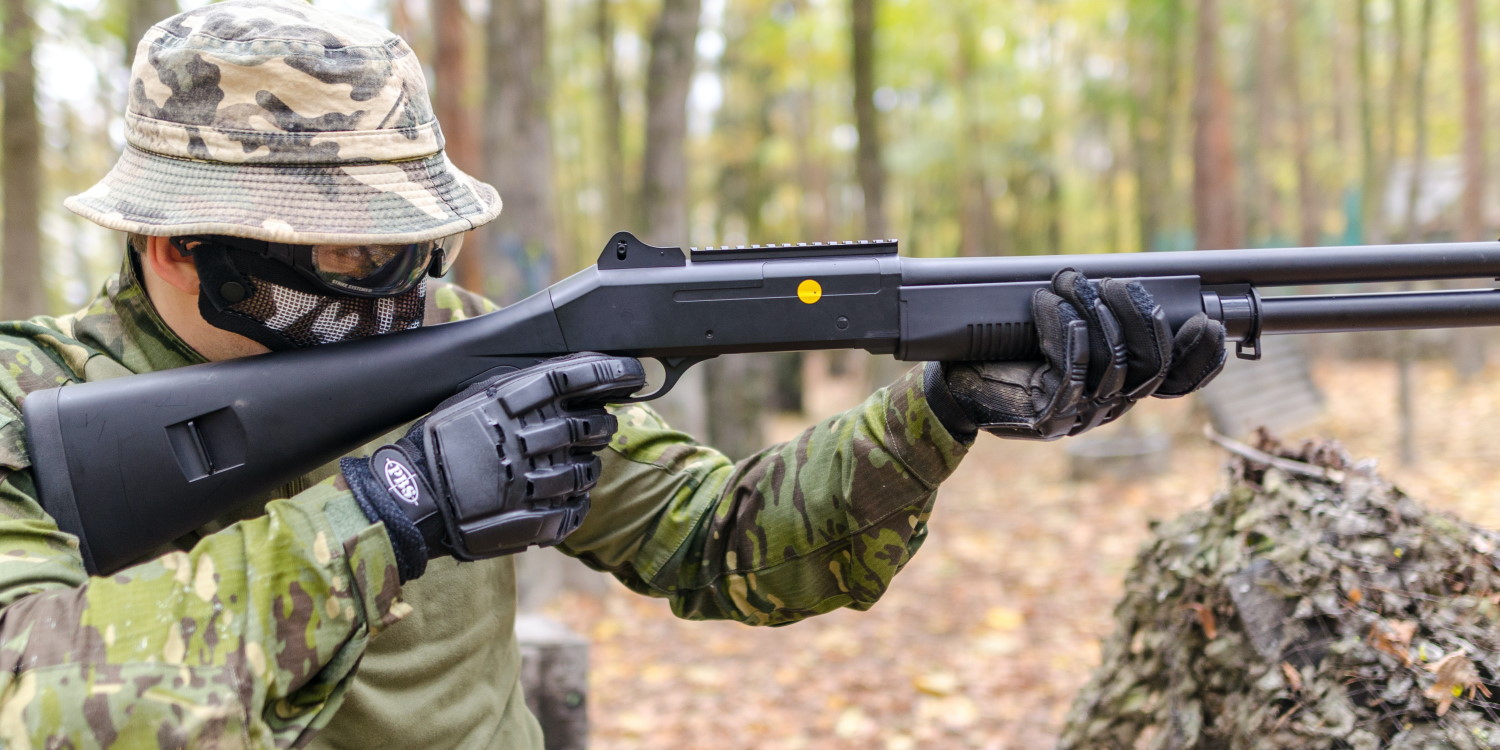 Airsoft is a live combat simulation game in which teams go head to head to test their tactics and skill, while armed with replica guns firing small plastic bullets.

Airsoft originated in the 1970s, when Japanese shooting enthusiast Ichiro Nagata decided to begin developing guns in line with the strict post-WWII gun laws of Japan. Where other air-propelled guns were powered by carbon dioxide, these new ‘soft air’ guns used a propane-silicone oil mixture instead, making them much weaker and the chance of injury much slimmer. Initially used for target practice, the airsoft gun’s reputation grew and it wasn’t long before they were used in simulated warfare games all across Asia.

Nowadays you can find conventions, competitions, and even festivals which take place in the name of airsoft across locations all over the world. Organised scenarios created by companies across Russia, the USA, and the UK mean you can employ strategies developed from actual military training exercises and often come face-to-face with real military personnel. As life-like as both the missions and equipment may be, the game has been safely designed so that injuries are minimal - played correctly, you’ll leave the field with just a few bumps and bruises.

Who does airsoft on holiday?

To purchase an airsoft gun in the UK, you will need to be at least 18 years old, although it is possible to take part in ‘skirmishes’ from the age of 13 provided that a responsible adult is supervising. Airsoft is a game suitable for all ages, all genders, and all abilities, provided that the site holds the correct permits and all the appropriate protective gear is worn. One piece of equipment you should not be without is a good pair of goggles - most injuries sustained during gameplay are ocular, and in a worst case scenario this can lead to irreparable eye damage or blindness.

Predominantly a team event, you are deployed to battle with like-minded enthusiasts, meaning this sport is perfect for those apprehensive about starting alone. You also don’t need a huge budget to play, with airsoft guns starting at budget prices of around £10.

The realistic atmosphere of a mission all adds to the intensity of the game and the suspension of disbelief, making this the perfect opportunity to play out the excitement of a movie or computer game.

Where do people go on airsoft holidays?

The UK hosts a number of airsoft tournaments and skirmishes up and down the country all year round. Perhaps the highest concentration of these is in Scotland, where the outdoor conditions are unique and challenging due to its cold, wet climate. All kinds of players flock to the north for gameplay on large and varied terrain, and it’s the friendly spirit of the sites which keep players coming back regularly.

Sunny Beach in Bulgaria also provides an airsoft experience based in an unbuilt hotel, surrounded by foliage and forests which prove perfect for launching surprise attacks. The immersive woodland, authentically modelled weaponry, and themed battle area all make for an exciting and absorbing experience for you and a handful of your closest airsoft enthusiasts.